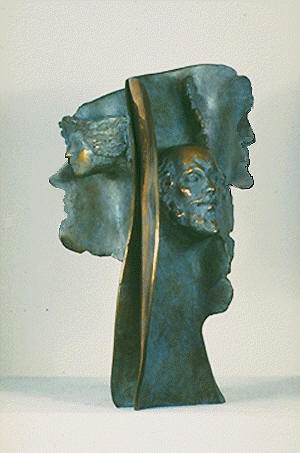 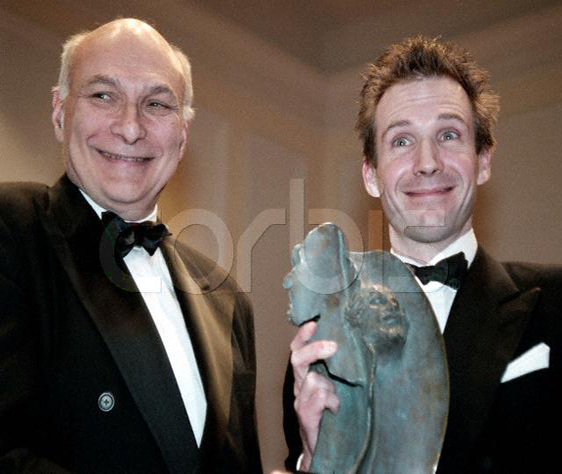 In 1988 I won an invitational competition to be the designer of the William Shakespeare Award for Classical Theatre, nicknamed “The Will Award”.
My bronze sculpture was awarded by The Shakespeare Theatre in Washington, DC for 20 years, from 1988 to 2008. The list of honorees includes Ralph Fiennes, Anthony Hopkins, Dame Maggie Smith, Hal Holbrook, Patrick Stewart, Sam Waterson, Lynn Redgrave, Christopher Walken, Morgan Freeman, Mel Gibson, Kenneth Branagh, Christopher Plummer, Kevin Kline,  and Joseph Papp. I had the pleasure of attending the award ceremony every year, on Shakespeare’s birthday. Always an elaborate event, the gala was a colorful swirl of guests mingling with distinguished classical actors  dressed in Elizabethan costume. As was the custom in Shakespeare’s day, when female roles were portrayed by male performers, a number of the actors in female costume were men.

Every year the gala raises hundreds of thousands of dollars to support the Theatre’s education and outreach programs that serve over 20,000 public school students annually.

My sculpture shows faces within faces, unfolding like leaves from a tree or peelings from an onion. It is also reminiscent of the open pages of a book. I was awarded this opportunity because the jury panel found my sculpture to be a visual expression of the ambiguity and multiple layers that mark many of Shakespeare’s characters.

My Earliest Memories of Art

The seeds  were planted early. My first working space was a closet. To my five year old eyes it seemed large. I had a shelf-type table across the back of the closet that I used as a desk. There was an overhead light. I did my first drawings from memory, drawings I thought were terrible and distorted compared to what people really looked like. I abandoned that mode of work, copied comic strips and cartoons.

When I was in second grade mom sent me to oil-painting lessons on Saturdays. The teacher put emphasis on how to copy paintings by making a grid.

My mother sent me with pictures to copy: a photo of my grandfather, someone else’s drawing of a Scottie dog like the one we owned.
I liked to draw small doodles, imagining land contours, ends connecting to the water edges like maps. I made carvings in ivory soap, and figures I built in snow thrilled the neighbors. A pastel drawing of a fish made in 5th grade was stolen by a classmate, which I took as a symbol of success.

In the 6th grade I journeyed to the Boston Museum on Saturdays, by myself, for a drawing class. It was a one hour train ride to Bay Back station, then two subway changes to reach Huntington Avenue. Miles from home, I sat looking at plaster statues of  classical Roman or Greek figures in a huge freezing room. Trying every week to make my pencil replicate what I was seeing, I felt like a speck overwhelmed by the space and scale.